You are here: Home / Blog / @sunareatech 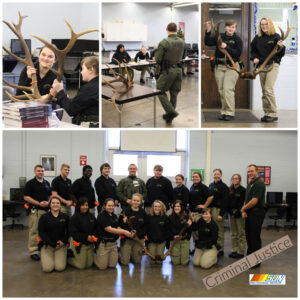 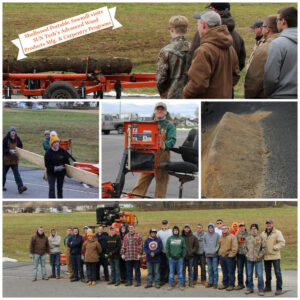 Shullwood Portable Sawmill, located in Muncy, PA, brought their sawmill to SUN Tech giving the Advanced Wood Products Manufacturing and Carpentry students a close look into the career of a Sawyer. Owner, Patrick Shull, spent the morning educating the students about the portable saw mill and the students assisted with off-bearing the finished lumber and stacking it.

Special Thanks To Everyone at Rusty Rail!

Last evening 28 Health Professions students attended the CNA Pinning Ceremony where they received their Completion Certification. Guest Speaker, Jason Kauffman, spoke to those that attended about working for success even when it means overcoming obstacles. Congrats to each one of you for reaching this goal, we are proud of you!

Are you a Junior at one of the following districts?

If so, it’s not too late to contact your guidance counselor to sign up for one of our 18 unique programs!

Don’t miss the opportunity to learn a trade and obtain certifications in your field! 186 Industry Certifications were earned by our 2017 graduating class!

Did you know: Many of our classes offer Penn College Credits though our PC Now Dual Enrollment Program!

We also offer a Prime-Time Adult Program. Whether you are just graduating or have graduated 10 years ago, this could be the hands-on opportunity you are looking for! Attend day classes and complete the program in 9 months for the low cost of $6,500! (cost doesn’t include clearances, uniforms, program kits, certification costs) Contact us at (570) 966-1031 ext. 125 or sbaker@sun-tech.org for more information about the Adult Program.

Is it the people that donate? Realizing that you can save a person’s life by doing so? HOSA students at SUN Area Technical Institute ran various successful blood drives throughout the year. HOSA had 26 good donors the first blood drive, 30 at the second, and 33 at the third. The final blood drive of the year produced 21 additional pints for a grand total of 110 pints. SUN Area Technical Institute has earned $2,000 in scholarships for the students by hosting these blood drives through the American Red Cross.

SUN Tech has also received an award for all the past blood drives and volunteering in the community.  The District Supervisor for the American Red Cross is Leon Tillman who is able to adjust and accommodate the blood drives to fit the needs of the providers.  Leon will be attending our upcoming Awards Ceremony to present the scholarship awards to the recipients.

The Council of Presidents at SUN Area Technical Institute in New Berlin is a group of class presidents who come together to lead the school in many different fundraisers, community service, and school activities. This school year has included raising $578.75 during breast cancer awareness month, collecting 2195 items during November for Feed a Friend, raising money for SkillsUSA / HOSA in November at Wal Mart, assisting lighting luminaries for Riverwoods in December, and a winter clothing drive in December and January. The Council of Presidents also supported the Cruise In, a Christmas Wreath challenge, a chicken wing eating contest, the first community auction, and a volleyball tournament.  A busy year for a busy group! Our hours of operation will be on Tuesdays, Wednesdays & Thursdays serving from 11:30AM-12:30 P.M.

Thank You For Your Understanding! Electrical students participate in OSHA training and safe operations of a lift.

Stop by SUN Tech tonight up until 6:00P.M. to sign up for any of our Adult Education classes or get more information. It’s never too late to start something new! First Week of School Bus Times & Dismissal Times in effect until your home school starts, then times may change for pick up.

SUN Tech students first day is Wednesday, August 17th. As we start before some of the home schools, we have provided for you the time your student is to be at their home school on the days that SUN Tech is in session before the home school officially starts in order to get the bus from the home school to SUN Tech. Those times as well as dismissal times are as follows: