You are here: Home / Blog / #sunareatechnical 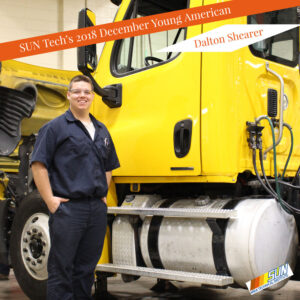 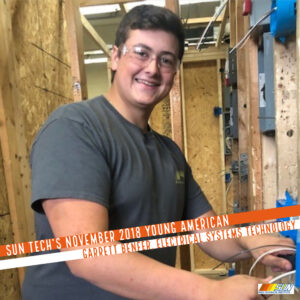 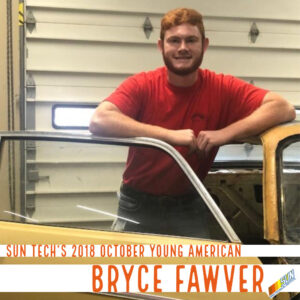 Alex Novosel, Welding Student, brought home a State Skills Gold Medal for her Welding Sculpture. Congrats Alex, we are proud of you!

Friday, March 23rd SUN Tech HOSA Chapter received the “Together They Make A Difference” Award. This award served as recognition for hosting 4 blood drives over the course of the school year.

The students of the Computer Networking Technology program, led by their Instructor, Terry Boonie, are holding Dress Down Days throughout the school year to raise money and awareness for the American Cancer Society. Students pay $2.00 to dress down on the first and third Friday of each month with a goal of raising at least $300.00 by the end of the year.

Check out the article about one of SUN Tech’s very own students! Great Work, Vincent! We’re proud of you!

Erin Beaver, 2016 SUN Tech Graduate, traveled to Louisville, KY in hopes to clinch the National Champion Title in the Post-Secondary Welding Sculpture Competition. After hard-work and dedication she was able to do just that! Beaver spent approx. 300 hours and about 6 months planning and fabricating her wolf sculpture. Her sculpture stands roughly 18 inches tall and is 62 pounds.

Orientation Night for the following programs has been rescheduled for Monday, August 1, 2016 at 6:15 P.M.

**PLEASE NOTE THERE IS NO ORIENTATION FOR HVAC or WELDING students.

Dakota Reber(pictured below at Playworld Corporate Headquarters), a Lewisburg HS Senior and SUN Area Technical Institute participant has had a few busy weeks of winning The American Welding Society Championships to having a corporate induction at Playworld Systems. The new hire has transitioned real well into this International Company that produces playground equipment… One of the many success stories for Welding Instructor Mr. Jaime Kotarski! Sweigart’s HVAC stated that they are very fortunate to have this young man from Lewisburg HS and SUN Tech come on board for them. James will continue working for Sweigart’s HVAC, while furthering his post secondary studies at Pennsylvania College of Technology in refrigeration studies. For the faculty and staff and the Class of 2016, Mr. Boonie accepts the Career and Technical Education Excellence Award.  This award certifies that at least 75% of the students participating the 2015 NOCTI Assessment earned advanced certification.  Only 17 schools in the state have achieved this prestigious award.  Presenting the award are Representatives Fred Keller and Lynda Schlegel Culver.

At the conclusion of the award ceremony Mrs. Jennifer Hain, Director of SUN Area Tech, issued a challenge to the Class of 2016;

“You have all been working hard this year.  In the upcoming weeks you will be participating in practice tests and review sessions.  Your instructor’s proven track record of NOCTI performance shows that the information they have covered will provide you with the tools to be successful.  Your performance during this school year tells me you also have that passion, just like the Class of 2015, to excel to this same level on your NOCTI exam at the end of April.  Good Luck!”